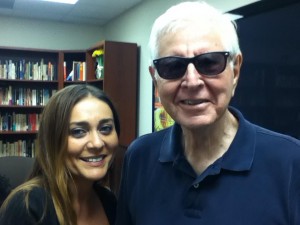 I would first like to apologize for my belated response; I just read Marion Lloyd’s article of March 20, 2014, “El nuevo centro de la UNAM en California divide a académicos latinos,”
http://www.ses.unam.mx/publicaciones/articulos.php?proceso=visualiza&idart=1944. However, I would like to clarify several points.

The first is trivial: My name is Rodolfo Acuña Elías. My father was from Jalisco and mother from Sonora. Unfortunately we do not have any Acostas in the family that I know of.

The author makes the point that this is the first time UNAM signs an accord with a university with a large Latino population, 37 percent. However, Lloyd fails to mention that in 1969 there were only 50 students of Mexican extraction there. Today’s number comes after protests, sacrifices and the struggle of Mexican American students and community that should not be ignored by Mexican officials. History matters!

Next a fundamental principal in academe is faculty governance. Dianne F. Harrison and UNAM violated this tenet by not consulting with Chicana/o Studies. In the process, CSUN and UNAM officials violated the rights of Chicana/o Studies and opened it to attack. This is unfortunate since it is the only department on campus advocating for the interests of Mexicans and Latinos. I will not go into it, but the behavior of UNAM officials was insulting and classicist.

Under the section on “discordant voices” frankly Lloyd trivializes the dispute. 1) It was not only five faculty members that opposed the deal, but the entire Chicana/o Studies Department comprised of 26 tenure track faculty. This represents the entire Mexican faculty in the College of Humanities. 2) There were only two dissident Latino tenured faculty members, Douglas Carranza and Beatriz Cortez of Central American Studies that described our opposition to the center as nationalistic.

Far from nationalistic, we are protesting the privatization of education at CSUN and in Mexico. Deals such as the UNAM look nice on paper, but the administration refuses to disclose a budget or say who is going to pay for it. We are thankful for the support of former Salvadoran students who have put the controversy in context. It is not a dispute with Central American Studies, but it is with two individuals supporting neoliberal policies and are openly supporting the lack of diversity among faculty members. The truth be told, less than one percent of tenured faculty are Central American and if Chicana/o Studies is taken out of the equation about 3 percent are of Mexican origin. Diversity is not about nationalism, it is about equity. 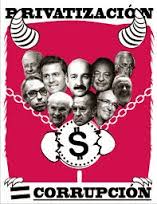 My opposition is not about Enrique Peña Nieto, but his policies that hurt the Mexican people. I have made it clear that we have the duty to protect not only the interests of Mexicans and Latinos here but in their countries of origin. My ancestors fought for the constitutional guarantees of the Mexican Constitution of 1917. Peña Nieto has violated this Constitution. History matters and we should not forget where he gets his neoliberal ideas.

Lloyd went into great detail President Obama’s plans to send 100,000 students to Mexico. Again students are being treated like a commodity. But beyond that, think about it! There are a lot of variables such as the War on Drugs and its chaos. Even more fundamental Obama promises a lot of things. He promised immigration reform, but has deported more undocumented immigrants than any president in history.

Frankly I was surprised at Lloyd’s lack of critical analysis. History matters! I heard similar rhetoric in the early 1990s when NAFTA was being debated. Admittedly, NAFTA has produced Mexican billionaires, but how many more Mexican farmers? How many more spaces for Mexican students at Mexican public institutions? 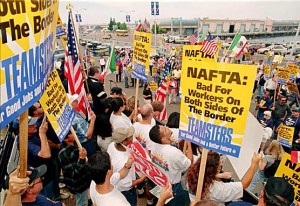 There is an old border proverb: “Never trust a Mexican who smokes a cigar or a gringo who calls you compadre.” They are both politicians. Our opposition to the UNAM accord is hardly nationalistic or even a matter of respect – it is political. History matters! 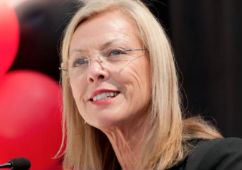