I guess it is because I have never mastered the English language – or any language for that matter – that I am intrigued by the meaning of words. The word scholar is one example of the vagaries of English meanings. In Spanish I am called a catedrático – a professor so I would assume that I would be a scholar — a person who has studied a subject for a long time and knows a lot about the field.

Like professor the word catedrático sounds more impressive than it is.  However, my family had a way of bringing me back to earth and deflating my sense of self importance.  When I told a relative that I was a catedrático,  he answered “¡qué catedrático ni qué demonios! no eres más que un maestro! (Like hell you’re a professor! You are just an ordinary schoolteacher).

Supposedly a scholar is an intelligent and well-educated person who knows a particular subject very well but who often knows little about life. Without a sinecure he would probably starve.  For my relatives he/she was a person who teaches twelve hours a week (if that) and gets paid three times as much as the ordinary worker.

However, the great irony is that the more a catedrático teaches the less of a scholar he/she is in the eyes of his/her peers. The mentality runs if he is so hot, why isn’t he teaching two classes a semester? The truth be told, the word teacher has been downgraded to the point that some people repeat the stupid saying “those who can’t teach.” The people who say this are usually those who can’t deal with their own children.

The scholar often runs away from being a teacher, and in the fashion of academe they create their own class pecking order. I marvel at my former students – so called Marxists – who make it a point after passing their terminal exams to immediately start putting crema on their tacos and add the term Dr. to their names imbedding into their persona.

When you tease them about it they answer “I’ve earned it (the title)”. So did my relatives earn respect but they do not tattoo it on their chests. Basically what I object to is the expectations that the title creates.  It sets a context that demands veneration and let’s everyone know their official position in society. In real life it is like the service ribbons we wore above our hearts in the military. 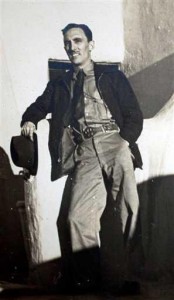 Scholars are obsessed with their professional or academic ranking. They unconsciously or consciously perpetuate a pecking order of the sciences, social sciences, humanities and “non-content” areas such as education, which like physical education is a pedagogical field distinguishing it from content areas of study.

The influence of the title doctor is pervasive — just like the label scholar it conditions research topics and trajectories of enquiry. The result is a narrowing research research topics, reducing them to esoteric Chicana/o areas that admittedly have cultural value but detract the field of Chicana/o studies away from working class studies, which it was originally intended to pursue. It limits the questions asked by not only the scholars but the field itself, creating an internal class pecking order.

It is important to study and understand the socialization of Chicana/o scholars and the distance that it creates between them and the community. Epistemology is important because it asks questions about “How” what we know and how we know it is logical. The questions we ask must be answered before we can start to develop theories or what course of action is justified. Without this process we remain an inchoate field of study.

Simplifying the epistemological process, it is similar to working out mathematical equations by breaking down fractions to their lowest common denominator. It gives one a coherent pathway for sound thinking.  In order to know the nature of knowledge one must understand that others aren’t always familiar with a subject and that empirical knowledge is not based on books.

A mechanic does not have a doctor qualifying him but he sure in hell has more knowledge than I do about engines. Unfortunately, it is not a problem that we as a community can ruminate about because people feel attacked.

Along these lines it is interesting to read Facebook and read the individual Dr. Scholar Facebook pages and see what so-called Dr. Scholars are saying about the border crisis caused by U.S. policies such as the War on Drugs. Out of ten randomly selected Dr. Scholar sites – two of which were posted by Central American scholars there was relatively little or no comment on what is happening on the border. It is as if activism has been separated from their roles as the custodians of the Truth.

I have to admit that this partially due to the summer vacation. I weekly send out about 4-5000 emails with my blogs. The number of responses from Dr. Scholars that they are on research leaves jumps during the summer months to over 200. A lot of them are on sabbatical leaves something that my Dr. Mechanic cannot take.

Doing research without grants is no longer part of the job of being a Dr. Scholar who has to have extra time to be a scholar. This is ironic since I have met many medical doctors in Mexico who write excellent history as a hobby.

For over fifty years I have averaged six to twelve book reviews a year. They have little scholarly value but I do it because I want to stay current with the literature. The books supplement my activism. So quite frankly I am disappointed with the reasoning in the Dr. Scholars’ books. The research is good but their analyses of the past are weak. Unlike Dr. Mechanic they don’t know how the engine works.

I am currently reviewing a book on the influence of Chicana/o scholars on Mexican pedagogical ideas and the reverse during the 1920s and 1930s. Dr. Scholar discovers George I. Sánchez and his role in Mexican education. Thus far in my reading he has not acknowledged what made Sánchez unique which was that he was an activist. The ideas of John Dewey and the rest were important but Sánchez and the Mexicans based their ideas not only on books but on experimentation. Sánchez was a leader in the Mexican American Movements of the fifties and sixties, so much so that I would gladly call him Dr. Sánchez.

As for the title that I most cherish it is Maestro or teacher. I learned more as a junior high school teacher than I did in all of my research. It changed me. So take no offense to my ruminations, I am not a doctor and offer no prognosis, just a teacher trying to learn how the pinche engine works.