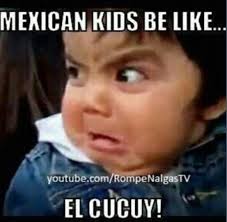 History is distorted in many ways and it is not always the case of political distortions. For instance, you may know truth of what happened in the past, but you often ignore the inconvenient truth much the same as the average American passes a homeless person and acts as if he/she did not exist.

Granted that most common distortions are those made by the state or well-known TV commentators. In the case of history, we accept the distortions because they are in books – with the TV personality because we want to believe his lies.

I have learned to live with public distortions because I know they are society’s way of controlling us. History is used similarly to our mother’s stories about la llorona and el cucuy. The distortions (lies) are told to keep us in our place and like kids afraid of the dark, ignoring or avoiding the truth. 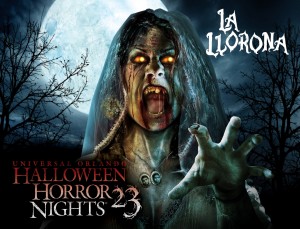 In the case of public history, it is more often a case of our deluding ourselves. For some time I have suffered through exaggerations of the faults of Chicana/o leaders as well as their glorification. In most cases, they are not the people that I remember. The problem also arises when a person lives in the past and his/her warped narrative paralyzes him/her to the point that he or she is unable to correct the present.

I have known Chicana/o professors who spend an entire semester talking about the East Los Angeles Walkouts, forgetting that they were part of a larger movement and a deeper history. For example, there were some 50 walkouts in Texas during this same period of time in addition to walkouts in the Arizona, Kansas, the Midwest and Pacific Northwest. 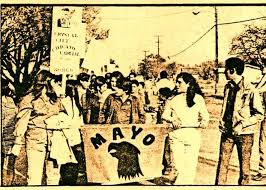 In the case of a warped history, the teacher and the student never grow up and they are unable to correct the injustices of the present. As a movement, we will not be able to go beyond the 1960s as long as we forget that it is the actions and not the protagonists that are important. If we do not go beyond personalities, it stays as Cesar Chavez Day or a Martin Luther King Day.

Latina/o History Week should be an example of how to correct the flaws of society rather than a veneration of the dead. It is as if we are afraid to come out of the dark for fear of getting eaten up by la llorona or el cucuy. Tthe devil does not exist, so we should not be afraid of the dark. 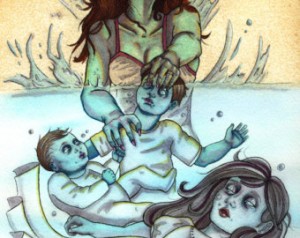 Recently there has been a renaissance in the study of Chicana/o literature of the 1960s, which is great but in the process many writers glorify an author who in too many cases was a shit. In this way, the glorification takes away from the message of the literary piece or its merit as literature.

My area of specialty was Mexican history – specifically the national period. My dissertation was on 19th century Sonora. My mentor – Manuel Servin – was a nut at knowing the whole of Mexican history. So I had to do a lot of background reading and my interpretations of Mexican history differed from the conventional historian.

To this day, some Mexican historians have not forgiven me for saying that El Indio Benito Juarez was outwardly an Indian but that his policies were not Indian friendly. Indeed, it was Juarez and the Liberal Party who waged incessant wars against the Mexican Indians, passing laws that facilitated the confiscation (privatization) of Indian lands and community ejidos.

This secularization was not corrected until the Mexican Constitution of 1917 only to be betrayed ironically by el Partido Revolucionario Institucional (PRI) and the traitor Enrique Pena Nieto.

We have repeated the myth of Juarez’ defense of Mexico’s sovereignty so often – every Cinco de Mayo – that it has become legend distorting the truth that Indian sovereignty was constitutionally violated under the reign of the Mexican Liberal party.

There are many other examples. My dear friend Devon Pena and I go round and round on my blunt statement that in many places in Latin America such as the Caribbean the Indian population was wiped out – genocide if we dare use the word. Devon comes back at me saying that the Taino still lives because they have found their DNA in a high percentage of contemporary island people. (They have found the DNA not the people or the culture).

I am sure that Devon and others do not want to absolve the genocide of millions of indigenous people. However, his argument if conceded leads to the question, what happened to those who were exterminated? The truth be told, the history of Latin America and Mexico is replete with acts of racial cleansing.

(Porfirio Diaz, a mestizo, would use powder to lighten himself up).

The truth be told, distorting the past or softening the proportions of the genocide absolves the perpetrators.

By the end of the 19th century, this configuration changed with 60 percent being mestizo, only 30 percent pure Indian and 10 percent other. What does this mean?

Does it mean that the people in the mestizo category fornicated and procreated more than the Indian? Much of the uprooting of the Indian villages and the encroachment of capitalist and mestizo interests drove many Indians into the cities. Moreover, racial identification is often just a construct of which race society favors. To deny the truth is to succumb to the cucuy.

History should not be an excuse for not doing anything about the present. There is a danger of living through others. Chicana/o scholars often delude themselves into believing that they are unique, adopting the false syllogism that because Ernesto Galarza was a scholar activist so are all Chicana/o scholars activists. We once used to delude ourselves and say we were cultural workers.

We have entered into the world of the selfie with many scholars wanting to write about their grandmothers and not how to transform the present.

Because we know history, we have more privileges and thus more duties. We are part of the past but if we stay there, we get stuck in the past and sell out the present. We are like the characters in Leonardo di Caprio’s movie “Inception” who cannot return to the present.

We are what we think and in order to straighten out the warped narrative, we must start with ourselves and examine our consciences, draw a timeline and list year by year what we have done to correct the present so we can live up to the ideals of the past. 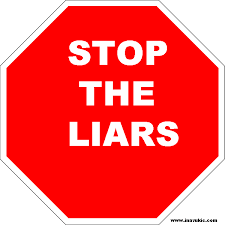