When I began my research on Sonora, Mexico, I knew little about my mother’s home state other than my family’s constant references to it when I was growing up. I could always count on my mother singing Sonora Querida and on the ravings of the cooks (everyone in my family thought they were cooks) on the superiority of the sonorense cuisine – which I had to admit tasted better and fresher than other regional varieties.

In retrospect some of their bragging was downright chauvinistic such as that Sonorans made their menudo blanco because they washed the pancita thoroughly. According to my relatives the guachos (depreciative term for non-Sonorans) were too lazy to wash the pancita so they added red chili to hide the unwashed tripe. 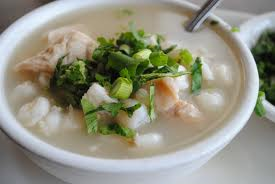 I never thought seriously about researching Sonora until it came to selecting my dissertation topic, which was once a difficult choice. In history the rule of thumb was that you could not duplicate theses. It had to be original research. I remember cases where graduate students stole other graduate students’ topics. So you guarded your choices  theories often swearing people to secrecy.

Like most grad students of my time, my priority was to select a topic on the real Mexico, which of course meant Mexico City. Without knowing it I was committing the sin of the chilango believing that the provincias had little to offer. If it was worth studying at the time it was in D.F. Not much time was devoted to paying heed to Leslie Byrd Simpson’s book Many Mexicos.

From the moment I was admitted to the doctoral program my advisor said pick a topic, “you’re going to have to exhaust the secondary sources and that takes time.” Mexico City was out of the question. Two/three days riding a bus to and 2/3 days back. I was short on cash and time so it narrowed down my choice to the borderlands.

I chose Sonora because it was close. As Manuel Servin (my advisor) pointed out it was the staging area for the occupation of California and that Donald Rowland, another committee member was a Bolton Scholar. I could drive to Tucson and then occasionally to Hermosillo, the capital of Sonora where I could buy books and hit the major libraries and archives. The Bancroft Library was mecca (a short six hour drive).

All of this had to be sandwiched into a schedule that included full time teaching, grad work and community activism. As a consequence, there was an awful lot of stress in my family life. All of this would not have been possible without Francisco R. Almada’s Diccionario de Historia, Geografia y Biografia Sonorense that capsulized Sonoran history and opened the journey. (Later his Diccionario de historia, geografía y biografía chihuahuenses and other works on Chihuahua were a treasure trove in research for my Corridors of Migration.

Some of my wannabe Chicana/o scientist friends would probably not appreciate Almada’s method, which was pure story telling. He was not a professional historian, and like many Mexican historians of the time such as Chihuahua medical anesthesiologist Rubén Osorio Zúñiga, it was not Almada’s main occupation, he did it for the love of history.

Incidentally Osorio wrote classics in the field that most Mexicanists have never read. Among Osorio’s many titles is Pancho Villa, ese desconocido : entrevistas en Chihuahua a favor y en contra and  Tomóchic en llamas that recounted the bloody siege of a small Chihuahua village in the 1890s.

Francisco R. Almada was born in Chínipas, Chihuahua — in the Sierra Madres in the southwestern part of the state about forty miles and nine hours over the Sierra to Alamos, Sonora, the silver capital of the region and where Almadas ancestors hailed.

Today Chinipas, a small mining camp, is called  Chínipas de Almada, which was the ancestral home of the Chinipa Indians and where waves of Tarahumara were herded into first the Jesuit and then  Franciscan mission.  It is an isolated place with a turbulent history.

Almada is listed as a teacher, investigator, historian and politician, and served twice as interim governor of the state of Chihuahua. He started out as an assistant teacher and became the director of the school at the age of 20.  To my knowledge he never a tenured university professor/

In his early teens Almada joined in the antireelectionist movement that opposed the dictator Porfirio Díaz. His career involved electoral politics, serving as president of the municipality of Chínipas, with stints in the state legislature (1922, 1924) and in the federal Chamber of Deputies. Almada served in other capacities and was founder and president of the Sociedad chihuahuense de estudios Históricos (Chihuahua Society of Historical Studies).  Some of his published titles include:

His Diccionarios de historia, geografía y biografía of Chihuahua and Sonora helped me immeasurably. It allowed me to form my own theories and an understanding of colonialism and the value of history maintaining it. Almada recreated the history of the ancestors of the conquerors but at the same time preserved the history of the conquered although in reality the Tarahumara were never dominated. The others  – the conchos, the tepehuanes and others were exterminated.

It is not so much that Almada and others did not care about this genocidal process, it was just that they did not think that it was that important. They wanted to preserve their history as written from the perspective of his history. It gives us a limited understanding of the past and is based mostly on written documents.

The importance of history is not so much the story, but how and why it occurred. I have the utmost respect for Francisco Almada but I wonder why he was not more sensitive to the plight of the Chihuahuan and the Sonoran natives. After all Almada’s ancestors in the 18th century had gone before the Spanish Inquisition to obtain a limpieza de sangre, a worthless document certifying that they were pure Christians.

The importance is not that they went before the Inquisition; however, but why people who underwent that horrific experience became more Catholic than the Pope.

You have to start with the story. WHY? Why the Middle East? Why is the story of the children at the border dismissed? Why the is reaction of a people who make the sign of the cross so inhumane? Francisco R. Almada helped me understand the story and my search for the why? I may not be able to fully understand my ancestors, no one choses their relatives. But understanding is much better than inventing stereotypes about guachos and infantile explanations of why the menudo is white. 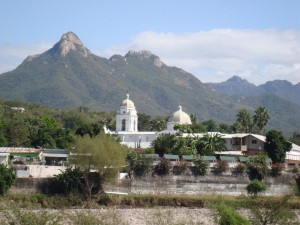