Hedge Funds and the Death of the Peasant Landowner

When I was growing up, relatives talked incessantly about retirement, which generally meant going to live with a daughter and her family. When social security kicked in some older relatives became more independent especially those who had bought a home and paid off it. They could rent out a room or two to a close friend. 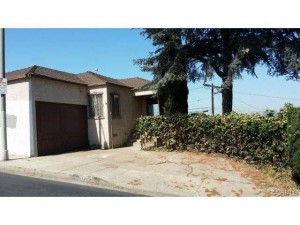 The ideal, however, was to own one or two houses that could be rented out. That was the Mexicans’ Individual Retirement Account (IRA) only better because they did not have to pay an agent or be at the whim of the stock market. The best part of it was that the houses were paid for by the rents.

The lessons I learned from my relatives kept me alive during the summers after I became a school teacher. Teaching paid under $3,000 a year – paid over ten months; they took out for retirement, taxes and other annoyances. So you had to hustle a job during the summer; the alternatives were to go into debt or starve. I would save $200 and every summer buy a fixer up, which I would sell later to finance the following summer’s venture and pay the household expenses for my family.

If I would have kept this up, I could have wound up with ten to 20 houses. They were cheap at the time – cost $8,000 to $10,000 – no money down. However, priorities are set by your values. I gave the houses away in a divorce settlement, and turned to more productive pursuits.  I thought that I would die young; I didn’t like being a peasant landlord; and I expected my children to have the same opportunities that I had.

The times changed, and today it is the exception that can buy a house let alone two or three houses, and expect to live off the rents. I once had an IRA, but about 2003 I lost all $40,000 of it. This was not an aberration; many of my relatives’ children met the same fate. It almost seems comical because at the time George W. Bush was leading the chorus calling for the privatization of social security.

I am not an economist; I am a historian; and I had fully expected the housing market to correct itself. During speculative years of the 1920s, housing prices soared, but were corrected by the crash of the Depression of the 30s and the Neal Deal. Working class people could afford homes, if they had a job. The cost of housing rose above my relatives means, and during the housing boom they could not afford a second home. That was good and bad, and people were satisfied that the home they owned increased in value.

The FHA and the GI Bill made houses more accessible, but they also inflated prices. There was a slight rise in housing costs during the 1950s, with a correction during the 60s and 70s. By the 1980s, a boom again made buying that extra home more difficult.

In the LA area prices came down briefly only to jump up again in the latter part of the decade. In the 90s, the patron saint of the working class William Jefferson Clinton ended the regulatory acts of the 30s, and that ended ability of the housing market to correct itself, making the housing bubbles of the first decade of the 21st Century inevitable.

When the Depression of 2008 came about I looked for a silver lining. I hoped that prices of homes would come tumbling down, and maybe my relatives’ grandchildren could walk away from the inflated prices they had to pay for their homes during the decade of the bubbles.

Many had paid $450,000 for homes in marginal neighborhoods, which seemed a bit excessive – especially when the value of that home fell to $275,000. There was no way my relatives could keep making those house payments, or much less buy an extra home for retirement.

Many of us gave Presidents George Bush and Barack Obama passes when they gave bailouts to the Wall Street and the banks. Perhaps because we hoped that the bankers and the corporate elite would use the money for the common good.  But like they used to say when I was in the army, “Never happen G.I.”

Looking back, I am not as naïve as I once was, and I have ceased to believe in fairy tales. There will be no recovery at least not in the same way there was when I was a kid. Age has taught me that I have to wake up and accept the nightmare, and just maybe if I would have understood it then my grandchildren and those of my relatives would have something to look forward to. They would not be held captive by the managers of IRA-like funds.

What finally burst my bubble though was the rise of the hedge funds, which are today for all intents and purposes in control of government.

I have known this for some time but have been in denial. However, I recently read a series of articles in a community newspaper called Tribuno del Pueblo on the takeover of the family housing market by the super rich.  It wrote that this was organized by the largest bankers and hedge-fund operators that have seized control of Fannie and Freddie Mae grabbed half the nation’s mortgages and some 200,000 homes.

“The hedge-fund speculators who are buying up hundreds and thousands of houses in foreclosures and short sales are right when they say that this is ‘the new face of real estate.’” Rounding off the collusion between the speculators and government, the Obama administration is selling off tax liens to the former the super-rich – why not Obama’s appointments come from this class.

It is a new age and there is no room for the peasant landlord of my father’s times. We don’t have the capital to compete.

Recently a friend was trying to buy his first home. He followed the newspaper ads hoping to buy a foreclosure.  The brokers refused his multiple bids on foreclosed residential homes. They tried to sell him “for sale” homes that had already been bid up above the asking price. Probing around he learned that the broker had reserved the foreclosed house for a local politician who he represented at auction.

Well, there are those who are forever blowing bubbles. They are dreaming for the days that they could buy a home as an investment for old age and then pass it on to their children or grandchildren. But the truth is that those are only dreams, and today we are living the nightmare.

RODOLFO ACUÑA, a professor emeritus at California State University Northridge, has published 20 books and over 200 public and scholarly articles. He is the founding chair of the first Chicano Studies Dept which today offers 166 sections per semester in Chicano Studies. His history book Occupied America has been banned in Arizona. In solidarity with Mexican Americans in Tucson, he has organized fundraisers and support groups to ground zero and written over two dozen articles exposing efforts there to nullify the U.S. Constitution.