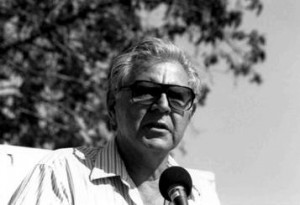 Sisyphus and the Rock
Lessons of Life
By
Rodolfo F. Acuña
April 10, 2014

Redundancy is defined as excessive repetition. In my opinion, redundancy has gotten a bad rap with many people associating it with the excesses of religious teaching or patriotism where believers are brainwashed into an acceptance of a prescribed truth. In reality, excessive repetition is part of the socializing process that involves learning.

That is why I often repeat topics such as how to build Chicana/o Studies. The assumption is that we know what and how to defend it from white blood cells that reject the implant. In theory I believe that the basic reason that people are confused is because they are intentionally misled by counter narratives.

I take inspiration from one of my favorite novelists Albert Camus’ The Myth of Sisyphus in which the protagonist is condemned for eternity to roll a rock up a hill. When it seems Sisyphus is making progress the rock rolls back on him. 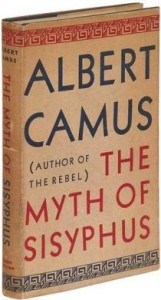 You would think that Sisyphus would accept that the deck is stacked and give up. But he keeps on rolling the rock up the hill and it keeps rolling back on him. Some believe that Sisyphus is suicidal or that he is resigned to his fate.

For many Chicanas/os the act becomes absurd. They accept the hopelessness of struggling against the neo-liberal gods. In doing so, they miss the essence of life.

Every time we push the rock up the hill, we should learn a bit more about the rock and about ourselves, pushing the rock represents our revolt against the system, and how the rock limits our freedom to make choices and control the hill. 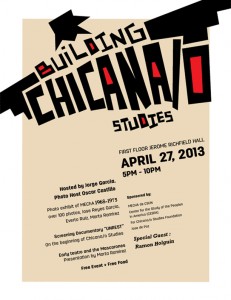 The present opposition to the UNAM/CSUN (Universidad Nacional Autónoma de México/California State University Northridge) accord is symbolic of this exercise. It is like the anti-bodies that reject foreign objects—it reminds us that CHS was born in rejection. So, we must examine the consequences of the accord and how it impacts students. The reality is that students are no longer attending a public institutions – unlike Sisyphus they have given up hope.

Students today pay 75 to 80 percent of the instructional costs at the CSUN. In contrast, in 1960 state colleges were publicly supported. There was no tuition. Today students pay in excess of $3200 a semester. Every dorm room and almost every new structure that is built adds to these costs, so logically new programs such as UNAM/CSUN impact tuition. 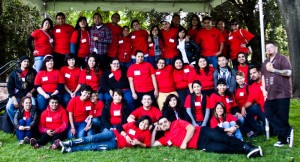 Then why was the UNAM/CSUN accord made without considering the costs to students? Max Weber many years ago wrote about the emergence of the bureaucracy as an organizational form and how bureaucracies developed a rational-legal authority.

The bureaucrats are not concerned about how much weight the rock adds to Sisyphus’ burden. They are only concerned about adding to the size of the rock; what is important to them is developing a rational for the need for the bureaucracy. Fundamental to this rational is the creation of programs for the few where in neo-liberal fashion growth becomes a cult. 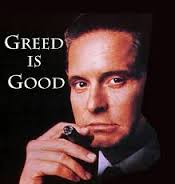 Already in the fall 2013 the Dean of Social and Behavioral Science Stella Theodoulou was concocting a scheme in concert with bureaucrats from UNAM to enter into an agreement. Stella, an ambitious bureaucrat, who the past sought and attracted police funding presently wants to begin a new Department of Criminal Justice to attract Homeland Security funds. Announcing the UNAM deal to a SBS committee she said CHS no longer had a monopoly on Mexico.

She wants to build a Center for Mexican and Latin American Studies. The accepted protocol for this is to consult interested parties. However, to obtain her goal, she decided to circumvent the Department of Chicana/o Studies, the only department at CSUN that focuses on the importance of Mexican history, art, musicology, and literature. It has brought more Mexican guest speakers to the campus than the entire university combined. The department regularly offers at least a dozen courses that focus exclusively on Mexico and half a dozen more that touch upon it. By contrast, Anthropology offers 2, Geography offers 1; History: nothing. CHS has recognized scholars in the area and represents the Mexican presence at CSUN.

For forty-five years, CHS has been fighting to expand the knowledge of Mexicans on both sides of the border. It has offered to support the creation of courses on Mexicans and Mexican Americans and not flag them on the condition that other departments hire tenured faculty that are experts in the field of study. CHS has also entered into agreements for joint appointment agreements with other departments.

However, the white faculty has resisted diversity. The administration has for 45 years resisted giving us the names of Mexican and Latino professors, although it touts being a Hispanic Serving Institution. We estimate that 6 percent of the tenured faculty is of Mexican origin; in contrast 40 percent of the students are Latino. The UNAM accord exacerbates the load of the rock by widening the gap between the racial backgrounds of students and faculty.

CHS expected UNAM officials to understand this; to understand why CSUN is a haven for immigrant students. But the truth be told, they are bureaucrats who are motivated by neo-liberal pursuits – principles mean little. 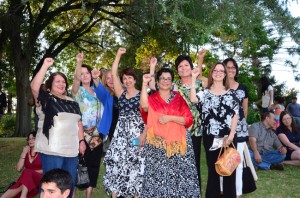 The accord also undermines the efforts of CHS to question the hiring of non-union workers. The classism of UNAM officials prevents their identifying with displaced workers who are mostly Mexicans and Latinos. UNAM officials are huerfanos; they have no country, they have no loyalties.

In order that the rock not roll over the Chicana/o Studies department, drastic measures must be taken. As in the case of climate change, the warnings by CHS must not be ignored.

In combination with all of the other bureaucratic deals, the UNAM/CSUN accord will impact students, faculty and the university workforce. Therefore, CSUN must commit to a study specifically on the impact of the rock.

Assurances must be made in writing that the area of study of the CHS department includes the U.S. and Mexico. The administration must acknowledge its failure to consult with Chicana/o Studies, and how it has eroded faculty governance.

Already lower middle and working class Latino and Mexican American students are being pushed out of college. The few that can squeeze by do so because of Pell grants, other government grants and loans. Today these students like the Polar Bear are endangered. Read the new Paul Ryan plan that proposes to cut Pell Grants for low-income students and pensions for federal workers. Do we believe that once Republicans gain control of the Senate that it won’t succeed?

Why have the Koch Brothers already spent $30 million on congressional races? Why are they spending even more to support fracking and fighting environmental controls?

Pushing that rock up the hill is not absurd, it gives us hope, it is wanting to be free. Freedom is in danger, and I can already see Stella envisioning CSUN becoming Koch University. 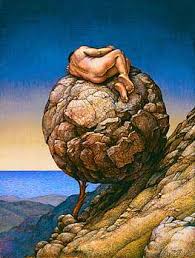