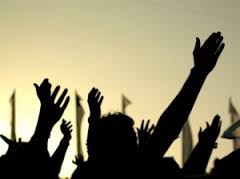 Recent events have brought back memories of a two year tour of duty in Germany during the 1950s. While there I became skeptical about the reliability of oral interviews. In conversations with Germans almost everyone I spoke to, according to them, did not like Hitler and would either not admit knowing anything about the Holocaust or they would quickly change the subject.

However, there were exceptions and the exceptions admitted knowing about the extermination of the Jews. They would either rationalize it or say that it was exaggerated. A small minority admitted that they were afraid to speak out.

Over time, I came to the conclusion that this crime against humanity had been possible because of the “Silence of the Lambs” that permitted criminals to intimidate the general populace and get away with executing those who did speak out.

In a matter of years, a nation that gave birth to extraordinary intellectuals, musical geniuses, and scientists lost its soul and the stigma of the Holocaust will forever cloud the memory of these ancestors. The descendants of the good Germans suffer because they did not speak out.

We have a choice, we can ignore pangs of our consciences or we can speak out and say that something is wrong. If we are silent we acquiesce to the injustice.  We are complicit and we join the lambs that witness rapes and child abuse and say nothing, just turn the other way.

My involvement with the Middle East issue dates back to the 1970s. At the time MEChA was involved in supporting the Palestinian struggle and put a poster in the department’s display case which was smashed open. We were asked to take it down but it remained there for ten years.  After the Leticia A Case went against us, and Proposition 187 passed I eased up my public criticism because we had a large number of undocumented students that we had to protect. Many of us felt that pro-Israel politicians were using the poster and as a pretext to harass our students.

I hoped people would come to their senses and like the good Germans (not all were bad) learn that it was their duty to speak out. Another factor in my becoming less active on the issue was some true believers in the Chicana/o movement who supported self-determination for Palestinians. They often became worse than those they criticized.

For instance, La Voz de Aztlan took it as a justification to spew anti-Semitic and homophobic rhetoric. I wanted no part of La Voz even though it was publishing (without permission) my blogs routinely. The hyperbole of other true believers on campus made me want to distance myself from them.

I came to the realization that my silence was wrong. When space is abandoned it allows the anti-reason forces to fill it.  Nevertheless, today conditions have deteriorated to the point that I cannot stay quiet.  I don’t want history to judge me like it did the silent Germans.

I have studied what is happening in the Middle East, and it is my opinion that it is not morally justified. The violence used against the Palestinians is not proportional to the injury suffered. And it is clear that the objective is not peace but to drive the Palestinians out of the peninsula. When it is all said and done it comes down to land.

It is not that I am not sympathetic to how many Jews feel and why they confuse criticisms of Israel with anti-Semitism. As a child and up until the 1960s I equated any criticism of Mexico as being anti-Mexican and racist, and much of it was. However, Tlatelolco and the Mexican government’s slaughter of hundreds of innocents cured me of the “México Lindo” mindset. A critical reading of Mexican history made me more aware of its historical warts.

Everything went downhill from there on and by the 1980s Mexico was selling itself to the United States.  During the period of the 1920s through the 1970s Mexico had an independent foreign policy – it took in refugees from all over the world – Germany, Spain, Chile and the rest of Latin America. This has all changed and today Mexico is complicit in mistreatment and even murders of Central Americans.

It would be wrong for me to silence the criticism of Progressives saying the truth about México. Mexico shares responsibility for the starvation of its citizens, the privatization of its public domain, corruption, cartels and general lawlessness. Mexico’s relationship with the United States comes down to who is more culpable, the prostitute or the pimp?

México Lindo will never change as long as we have siege mentality. Silence allows the corruption of the Mexican soul and prevents change.  It allows blind nationalism to silence reformers just as the charge of anti-Semitism prevents peace in the world and silences critics.

Ironically the case of the Central American children asking for asylum is analogous to the “boatloads of Jewish immigrants” turned away from the U.S. when they attempted escape from Nazi Germany during World War II. At the time, many progressive Americans accused the Franklin Roosevelt government of being anti-Semitic and the decision was. Many Jews have not forgotten and they shouldn’t.

In contrast, during Operation Peter Pan the CIA projects brought in 14,000 Cuban children sent from Cuba to Miami. They argued that it was our humanitarian duty because the Cuban government was led by Fidel Castro. They spread rumors that the children would be taken to military schools and to Soviet labor camps.

Ironically today Cuban American Florida Senator Mark Rubio as in the case of anti-Semites during World War II is shouting “get rid of the children.”

In the case of the Central American and other undocumented kids there is even more complicity on the part of the United States that has purposely destabilized Middle American by making it the main thoroughfare for the drug cartels. Additionally the U.S. has made the region an open market for American and local capitalists.

A judge once asked an undocumented Mexican laborer why he broke the law. The worker replied because he was hungry. The judge responded that that was no excuse; there were borders upon which the Mexican laborer replied, “Hunger has no borders.”

Everyone wants food, shelter and clothing.

I once taught in a Yeshiva and the Rabbi told me that a society was judged by how it treated its young and its elderly. He explicitly referred to society and not a tribe.

We all have a duty to remember that not all Israelis applaud the slaughter of the Palestinians like all Germans were not cheerleaders for Hitler – some indeed lost their lives.  We all have a duty to speak out because we can never stay quiet in the face of injustice.  My country right and wrong gives those in power a license to kill. Israel is not all Jews like Mexico is not all Mexicans – there is a difference between a state and “all people” with a state.