When I was a kid there was what we used to call white lies. You distinguished them from lies that were untrue. You told white lies because you did not want to reveal a secret or hurt someone’s feelings. Children would easily get caught telling a lie – we were not too good at it. However, we got better as we marched into adulthood often believing our lies.

I guess I never grew up, a lie remained a lie. When I started to write commentaries in the 1980s this got me into trouble with many of my politician friends. They told me that what they said were not lies but political judgments. The first rule in politics, they said, was to survive which meant reelection.

In L.A., I began to lose friends not only because I had to tell them like I saw them but because as a writer and historian if I got caught in a lie, my moral authority suffered and this undermines my purpose for writing. At first it was easy and I concentrated in exposing the injustices in the system. But as Mexican Americans and Latinos became part of the system I found myself criticizing my friends.

The issues that caused me the most anguish was police brutality, education and Latino politicians taking large sums of campaign funds from the likes of Downtown Real Estate Attorney Richard Riordan and developer Eli Broad. When I criticized them mutual friends would say that they were making “political judgments” and that to be successful and remain players that they had to make these sorts of compromises.

I could not live with the contradictions and I distanced myself — unwilling to make a complete break because there were issues where they got it right that benefited the community.

I literally got sucked into the controversies in Arizona. I have been interested in the abuse of immigrants there since the 1970s with the Hanigan Case where a well-connected rancher and owner of a Dairy Queen and his two sons tortured three undocumented Mexican workers. It infuriated me that the state court would not convict them.

My interest peaked in the 1980s with the sanctuary movement and the trial of my friend and poet Demetria Martínez for transporting two Salvadoran undocumented workers. Demetria was acquitted but a 25-year sentence hung over her head and that bothered me.

The persecution of undocumented workers picked up in the late 1990s as the government closed the corridors carrying drugs and poor Latin Americans into the United States from Baja California. The tactic was inhumane, force immigrants to travel through the badlands of Southern Arizona, which was dominated by right wing ranchers who would hunt down the Mexican workers and their families.

What they could not “roundup,” the boiling sun would kill. To date way over a thousand Mexicans and Latin Americans have died on the hot sands of southern Arizona—a thousand fold more than died trying to get across the Berlin Wall.

SB 1070 was passed in 2010. It brought an immediate reaction both inside and outside Arizona. A boycott was called which quickly dissipated. For a time, unions and progressives outside of Arizona held rallies in Phoenix. Arizona’s anti-racist campaign was eclipsed as struggles in Wisconsin and Ohio took center stage. Not wanting to offend local contributors the Democratic Party turned the other way and allowed Blue Dogs and others to make their arrangements as political judgments dictated their choices.

A few progressive writers uncovered the motivations behind 1070 for which many people claim credit. Kansas attorney general Kris Kobach who considers his anti-immigrant crusade a substitute for military service was one of the hooded authors. Most claim that the impeached Senator Russell Pearce was the author of 1070, which was signed into law by Arizona Gov. Jan Brewer (R) in April 2010.

Meanwhile, other than the legal strategy – from my perspective – much of the outrage over the law leaked like a punctured balloon.

More and more I saw political judgments made. Politicians of all stripes hardly mentioned that Pearce was only a bag men. The mainstream media forgot that the authors of the bill were the Corrections Corporation of America (CCA), along the American Legislative Exchange Council (ALEC), who drafted SB1070 “to protect the profitability of private prisons funded with taxpayer dollars.” 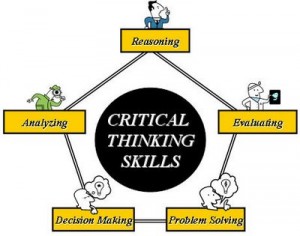 Special interests made a killing on the hate Mexican campaign. Hate was and is profitable.

As an early blogger commented “SB1070 cannot be separated from its drafters, whose sole mission is to craft profitable legislation. The purpose of a state criminal designation for undocumented people is the diversion of immigrants into for-profit prisons and a tax-subsidized holding period before federal immigration proceedings can proceed. Not only was the law never about Arizona, it wasn’t even written by or for Arizonans.”

ALEC must be remembered controlled at least 50 Republicans in the Arizona State Legislature and had ties with other elites throughout the country and state including the Southern Arizona Leadership Council. Its drive to privatize Arizona was possible because it bred a culture of fear.

HB 2281 was simultaneously passed with SB 1070 and has been from the beginning eclipsed by the latter. Unfortunately most if not all politicians make political judgments which are not necessarily to improve society. In the case of education they are certainly not based on pedagogical considerations. I have been an educator for almost sixty years and my first question is how does this improve the education of Mexican American, Latinos and other students? That is my vocation.

If Arizona had made a good faith effort to educate Mexican American and other students I would have given them the benefit of the doubt. However, Arizona is 50th in per capita spending per child. It has been under a court order to desegregate for over thirty-five years. The highly respected Tucson Unified School District Mexican American Studies Program was created in 1997 and funded by a Federal Desegregation order and the roduct of decades of struggle..

Despite this and the closing the Rincon and Palo Verde high schools and the firing of more than 100 teachers and a low approval rating the Board of Education last month renewed Superintendent of Schools John Pedicone’s contract through June 30, 2014 which will pay him $211,000 a year plus benefits and allowances plus a $35,000 bonus.

This is the same Pedicone that has dismantled the MAS program which Latino politicos have sacrificed on the altar of political judgments. The lives of several MAS teachers have been destroyed, which makes it all the more tragic because those making the political judgments were supposedly friends of these fired teachers who had worked on their campaigns.

This mendacious political judgment was predictable. The Board had been stacked just after Democratic pro-MAS board member Democrat Judy Burns had died she was replaced with a Republican anti-MAS Dr. Alexandre Borges Sugiyama, appointed by the Pima superintendent who is part of the Tucson Ring. There are rumors of fraud because Sugiyama who had not shown previous interest in education was appointed by a five member committee made up of all white Republicans. His only qualification was that he was a part time instructor in the same Department as Board President Mark Stegeman and was approved by Pedicone. The latter two have ties to the Southern Arizona Leadership Council.

If this were not enough Pedicone had ordered excessive force against community acivists including Professor Guadalupe Castillo, a longtime friend of many of the Latino politicos. Castillo approaching 70 years old was thrown to the ground by police and arrested. So much for familial ties. I guess it was a political judgment because it was certainly not a pedagogical one.

This abuse of power has turned off some of the best students who now have become cynical about government. It is difficult for them to distinguish a political judgment from a lie.

In speaking to students and parents they were dismayed at numerous instances of abuse of power. In January there was a White House summit for Latino education. Arce attended and testified. Normally this conduct is protected by the whistleblower law. However, Arce was admonished by his superiors and shortly afterwards fired.

Students and parents also criticized the TUSD’s infamous censorship of books. At the forefront of these abuses were Stegeman and Pedicone who were licensed by the state and local elites. Thus they make no pretense at fairness or explaining their actions in pedagogical terms. Rather Stegeman like Tom Horne and John Huppenthal see MAS a conspiracy to reconquer Arizona. Stegeman made the outlandish claim that he knew MAS was a cult when he heard them use farmworker handclap.

I wonder what significance he gives to Freddie Mercury’s “We Will Rock You!”

As I have often mentioned, my mother did not complete the first grade, she was legally blind and anemic. Because of the Mexican Revolution my father completed the fourth grade. When I went out they would tell me never to soil the family name –that’s all we really had. People can make mistakes when it comes t education. Because this is my profession I hold myself to a higher standard. It is my professional judgment that kids are being hurt by Pedicone, Stegeman and company.

Arizona should be ashamed of itself and so should professionals such as myself who fall back to our childhood when a lie was not a lie if it were a white lie.