The Limitations of Research

The Search for the Truth 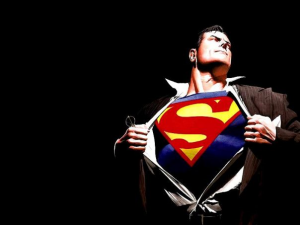 When I decided to transition from high school teaching and then to community college I knew that I had to make adjustments in my career. The focus was teaching, but the doctorate opened up the field of research. Drawn to research I planned concentrate on the study of Northern Mexico and the State of Sonora.

My problem was that life had unsettled me. I was always on the hustle. A two year stint in the army, an early marriage, working over forty hours a week and carrying a full load in college, formed me. I loved teaching and my experiences in the Latin American Civic Association and reading Uncle Carlos had seduced me.

I did not plan to stay in the state university system. I knew that carrying a four course a semester load limited research opportunities. I always marveled that professors at research institutions ended their careers with only one or two books. So I made adjustments.

I did not remain chair. During the first years of the Chicana/o Studies Department, we rotated the chair annually to expose new faculty to the institution. This freed me. I did not have to go to committee meetings and I could use my summers to research. The downside was that we had no research assistants and had limited funds to support research.

In my fifty years at SFVS (aka CSUN) I received release time twice; instead of teaching four classes I taught three which is still considered a heavy load. I never begrudged this because it was my choice and being able to teach and run around the country laying intellectual pedos was my reward.

That brings me to why I am rewriting many of my early works. My father was a tailor; he worked for the Western Costume Company. I started there at the age of five sorting buttons. I met a lot of people. Western Costume was across the street from Paramount and I would sneak into the studios and watch directors shoot a scene. I found myself second guessing the director when he yelled “Cut” or “Wrap it up!” I was offered an apprenticeship as a cameraman, but I did not take it because I asked myself, “Why?”

It was just like when my father responded to the news that I got a doctorate, he asked me, “Si eres doctor que curas?” There has to be more to life than just yelling, “Cut!”

I also began to question historical biographies. I considered them useless if they did not ask, “Why?” Most are limited fictionalized accounts of a person’s life.  Examples are Arthur Meier Schlesinger Jr.’s (1988) and Jon Meacham (2009) both of whom wrote biographies of Andrew Jackson. It did not believe they added much to the nation’s corpus of knowledge. In effect, the works are apologies for a racist who launched genocidal wars on Indigenous People.

My last book Assault on the Mexican American’s Collective Memory, 2010–2015: Swimming with Sharks was a micro-narrative of the period from 2010 to 2016. I struggled with it because it forced me to go beyond the story. History is not entertainment.

A book must be true; it is not become true because I said it is. In this context documentaries are no longer about the truth. The contrary they are propaganda. They are not independent but the oligarchs’ efforts to institutionalize their truth. In Assault on …Memory, I discuss how oligarchs “creatively appropriate the language and issues” to fit their reality. They define the problems and the solutions interpreting the social world. Worse they define who can fix them.

The documentary Superman lays out a counter narrative. The argument is that the unions and the teachers are the bad guys. Thus the oligarchs appropriate the truth, something that is possible in the absence of a free press. I posit that a lack of critical commentary or counter narrative facilitated the Rise of Donald Trump.

Waiting for Superman is made up of two intertwining narratives. It is a masterpiece in the art of détournement meaning “rerouting, hijacking” the narrative.  Superman is masterfully put together and well financed by right wing foundations and pushed by giants such as Bill Gates. In short, Waiting for Superman is a running commercial for charter schools and five kids; four are children of color from low income families in urban neighborhoods

The oligarchs first showed Waiting for Superman at the national PTA convention. “Some have wondered if … [the PTA’s] decision to promote the film has anything to do with its receipt of a $1 million donation from the Gates Foundation.”  Gates’ solution to the budget crisis is for school districts to cut pension payments for retired teachers. It is part of a campaign led by plutocrats such as Eli Broad and Bill Gates to privatize public education.

The book is not going to make money, it does not entertain, but it is epistemologically sound. The truth matters!