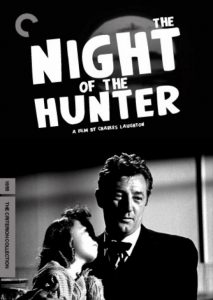 Trump Report Card Based on the Ten Commandments

There is a rash of proposals to require the reading the Ten Commandments aloud and posting them in public places. Actually I would not object to these suggestions if the people proposing them would read them and know their meaning. Unfortunately the proposal is driven by opportunistic politicians who have never read them and ill-educated ministers who have a limited knowledge of theology. The result is stupid statements such as Donald Trump went to houses of prostitution to take the word of God to the prostitutes. This sophistry deems the sex workers and distorts and offends the truth. 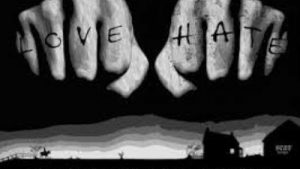 The first commandment says, “I am the Lord thy God, thou shalt not have any strange gods before Me.” This commandment varies in meaning. For many, it means that only Catholics will go to heaven. At one time, Catholics applied it to apostates such as Mike Pence who denied their Catholic religion. When I was a kid, it was anyone who did not accept salvation through Jesus. Somehow, the apostate betrayed Jesus. Back in the Middle Ages, it was pretty big deal and people got burned at the stake.

The next commandment: “Thou shalt not take the name of the Lord thy God in vain,” is simplistically applied  to swearing or blasphemy, However, as I was taught a more expansive meaning that included “You shall not make wrongful use of the name of the Lord your God.” For example, swearing that something was true and lying in God’s name violated this commandment. Taking and not keeping oaths to tell the truth or to support the truth of the statement were a violation of second commandment.

The third commandment applies to Trump and the 1 percent. “You shall not make yourself a graven image, or any likeness of anything that is in heaven above, or in the earth beneath, or that is in the water under the earth.” The graven image today is symbolic of the exhibition of excessive wealth and ostentatious behavior. Obsessive bragging is part of this. It could include material displays such as The Mar-a-Lago Club that consume and determine your priorities.

The fourth commandments is almost forgotten. “Remember to keep holy the Sabbath day.” At one time this commandment was strictly adhered to and even playing sports such as golf was prohibited. Many believed that the day was reserved for good works. To improve the lives of others so we could all go to heaven. Today, time is money. We no longer live in communities or worship God as a community.

The fifth “Honor thy father and mother” greatly depends on your interpretation. It does not mean parents should dictate who you marry, but it does underscore your duty to care for them in old age. An obvious offense would be the elimination of social security or medical care.  Hebrew society was strict about caring for the elderly, disabled, young and the poor. The present “Blade Runner” homelessness would offend ear;y Christians.

The sixth “Thou shalt not kill” is not as cut and dry as the murder innocent people or repelling an unjust aggressor. It is a matter of morality. For instance, bombing people who in no way threaten you is against this commandment.  Seeing half the world starving to death and doing nothing about violates the natural law. Just like you have the duty to intervene in a rape or brutal attack, you have a duty to others. According to the Jesuit theologians that I took classes from, you are your “brother’s keeper.”

The seventh, “Thou shalt not commit adultery” has consumed Christians especially thos who want to divert attention from their supposed indiscretions. Strictly it involves having sex with another person’s spouse or cheating on your spouse. It also means not scheming on employees wives. The evangelical ministers are making this commandment worthless. They have stripped it of the little moral authority it had. The commandment has been used to spread witness in condemning sexual preferences. Like the other commandments, its validity rests on moral authority, which the Trump era is invalidating.  No one likes hypocrisy. The Catholic Church kept a religious empire together  as long the people gave it moral authority.

The eighth commandment “Thou shalt not steal” goes well beyond taking something that does not belong to you. When I was studying theology, it also meant lying; it meant speaking falsehoods or intentionally deceiving someone. At one time, the Catholic Church also considered usury, the loaning of money for exploitative interest rates to be a mortal sin.  Specifically, Trumps cheating workers out of pay would be considered.

The Ninth Commandment “You shall not bear false witness against your neighbor” is about the splendor and the beauty of the truth. The truth is essential to our lives. Fake news is slander. Without the truth there can be no trust, and without trust there can be no relationships. We may not seek to damage our neighbors by giving false evidence against them.

The Tenth Commandment is “You shall not covet your neighbor’s house his wife.” Trump boasts of trying to seduce married women. He covets the wealth of others. Finadmentlly it is about the abuse of power.

I would be a hypocrite if I said that I consciously followed the Tend Commandments. I am an atheist. Yet I believe in standards. I believe that everyone especially elected officials should be the judged by what the believe and say. I do not want an itinerant minister claiming to be a preacher to tell me what to believe especially since they have a superficial knowledge and use this superficiality to condone injustice.