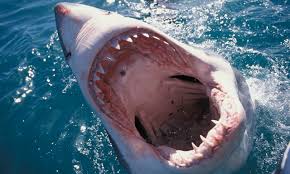 We would like to thank all of you for your trust, it was invaluable support. There are, however, issues that we would like to explain that we could not fully discuss during the encounter that has lasted for more than a year and a half.

Some of you have asked why we acted so urgently in this matter and so hit hard and had a take no prisoners’ attitude. The bottom-line is that it along with impaction is the biggest threat that the department has confronted in its 46 years.

The facts are as follows:

The dean of Social and Behavior Science was attempting to raid CHS curriculum offerings and narrow its area of studies. We were forced to hit hard because we were caught unaware that the negotiations had been in the works since the fall of 2012.

The dean is a very bright and insidious person. Aside from the UNAM deal she has negotiated LAPD funding and hired a former CIA operative to head of Urban Studies. Matters were made worse because the administration changed the rules of the game and it unilaterally narrowed our area of study.

The administration had acted in bad faith and did not inform us of the changes. Administrators were apparently reluctant to tell us the facts because we were already pressuring them over increased tuition, the lack of faculty diversity, the Tseng College (a private college on campus) and the cost of the dorms and meal tickets.

History matters. Many of Chicana/o Studies faculty had been involved in the fight to stop the fast tracking of NAFTA. Like the Zapatistas and Marcos, we were behind so we had no choice but to revolt, it was the only way we could protect our departmental autonomy. We consulted with friends in Mexico and realized that they were fighting similar battles, i.e., privatization and the growth of for profit colleges.

Current events underscored our fears, we were told by faculty in Behavioral Science that the dean had informed them of the negotiations and said that Chicana/o Studies no longer had a monopoly on Mexico. We learned that David Maciel, a Chicano professor, instigated the UNAM accord and had been promised a job by the dean who intended to make him the director of a UNAM-CSUN Center.

We had a problem — the entire faculty was not on the same page. It took time to form the arguments. For, example, most are not Mexicanists and did not know that collaborating with UNAM was supporting the PRI regime. The rector of UNAM is an appointee of Enrique Peña Nieto and his protégé. We were fortunate that we did not jump into bed with UNAM because the incineration of the 43 Normalistas escalated tensions. We had warned the provost about the political polarization in Mexico.

The department did not rally students or community because it wanted to be reasonable and did not want to risk a confrontation between students. So we entered into year and a half of negotiations with the provost. It was a frustrating experience. Finally, to break the logjam we requested LULAC to pressure the administration. We wanted a third party to witness what was happening, knowing that the president was not above firing professors and putting the department into receivership.

As mentioned, the main problem was that the provost kept moving the goalposts. We demanded a simple apology that would admit that were not consulted about the UNAM accord until November 3, 2013 – an entire year after the process had started. We wanted a written retraction of the narrative on the Behavior Studies Web page that specifically said we had been consulted. We did not see why the provost would not do this since he admitted that we were right. By this time, the provost publicly took the positon that Chicana/o studies’ area of study was north of the U.S.-Mexican border. This was absurd since 90 percent of the CSUN Mexican scholars and courses are housed in Chicana/o Studies. It is the only department that promotes the study of Mexico. We wanted this acknowledged in writing.

By the first of this year, members tired of the intransigency of the provost. The negotiations were not going anywhere. A senior faculty member suggested that we cut the negotiations, inform the provost that we would enrich our Mexican program and requested that we be given equal funding with the UNAM Center. We renewed our objections to the dean of Social Behavior Studies and asked that proposed center be removed from her oversight. Lastly, as a department, we would have nothing to do with the UNAM Center.

We took this proposal to the tenured faculty as well as to the part time faculty for an advisory vote. The came down 19 to 4 out of the 24 tenured faculty. They voted not to participate and to reject the provost’s offer of 2 of the 5 seats on the Campus wide Board. (I doubt whether we would have had this margin in November 2013; it came down to principle and the support of the 43 Normalistas).

The department met with the provost to wrap it up. It stopped negotiations and told provost that the department was no longer negotiating and that it would build its own Mexican studies. It terminated the discussions on UNAM, although the department would continue to pressure the administration on other issues such as the police, faculty diversity, privatization, the dorms, etc. The issue of faculty diversity is very important to Central Americans although the leadership does not seem to grasp it.

We were surprised by the provost’s plan that was made in the presence of two LULAC representatives. He promised that in the future that there would be proper consultation and our governance rights would be respected. The provost proposed a new center — “Mexico and Latin American Center” that would have no ties to UNAM. UNAM hereafter would be under the dean of Social and Behavior Science. She would have no leadership role in the University Center.

We emphasized that we would not be part of it since this meant dealing with PRI and we would not sell out Normalistas. We also objected to the name and he agreed to take “Mexico” out of it. The inclusion would put into question our area of study. The University Center would be under the provost with no links to UNAM. Dean Stella Theodoulou would have nothing to do with us or the proposed university center. We would be consulted when any new courses would be proposed on Mexico or Latin America.

We were again offered two seats on the Five Member Board.

We respect the autonomy and self-determination of all peoples’ but courses such as “History of the Americas” has been part of our curriculum since our inception. International boundaries chop up the Americas and we deal with those realities. But there are deeper, more profound issues and themes to our curricular mission. We do not separate the Mayan who stretch from the Huasteca to Costa Rica. We would not ignore Morazan because borders were later drawn and redrawn. The Nahuas are connected to Pipiltin of El Salvador etc. etc.

Others may determine their mission. We determine ours. We have always worked in a bi-continental context. That was the perspective that informed our curriculum.

ChS has been around for 46 years and has grown to be the largest CHS program in the United States. The interdisciplinary nature of the curriculum puts Mexican Americans in the context of Latin American culture and history. We believe that it is important for the provost and university to respect the scope and complexity of Chicana/o Studies.

During our last meeting the provost unilaterally gave us $15,000 to bring speakers from Mexico and Latin America and to sponsor other activities. Acceptance of this appropriation was not contingent on anything other than the university’s good faith and fairness.

The provost finally agreed to publicly apologize to CHS and make it clear that CHS never acquiesced or was part of the original arrangement with UNAM. A CHS faculty member voiced departmental displeasure with the administration guaranteeing seats on the university center to other deaptments. It asked for the criteria for the appointments of its members? Will the members of the board be vetted?

We realize that we are on thin ice. The provost has resigned effective the end of this term. Therefore, we will have to be more vigilant and continue to work on faculty diversity, dorms and student access (see Acuña’s article on impaction). We also have to develop a plan to develop Mexican Studies.